Motorcycle racing during the 70’s in Western Australia was unique and quite different from the east coast.

The tyranny of distance meant few West Australian riders regularly ventured to compete in the big league over East, but that didn’t mean there was a lack of talent and competition.

Far from it! WA’s isolation saw a unique breed of racers; innovative, self-reliant and highly competitive.

Travelling to Round the Houses events, which made up a large part of the State Motorcycle Racing Championships, meant motorcycle racing became part of the fabric of many small towns throughout the state. And despite the competition between riders, the motorcycle racing fraternity was characterised by mate-ship, friendships and a willingness to help one another.

Brian Cartwight and Peter Senior’s story epitomised motorcycle racing of the time. Having met as kids, they formed a strong friendship that endures almost 60 years after they first met. Their mate-ship and common interest in motorcycles saw them both on the track as soon as they were old enough and the two became a couple of the most competitive riders in the state. Their story reflects the time, a period where the performance of bikes was going ahead in leaps and bounds, but where success was up to the rider’s talent and not necessarily dependent on money.

With the growing interest in historic motorcycle racing, this article also provides an insight into the impact of the “Japanese invasion” of motorcycles into Australia, including one of the most famous bikes of the early ’70s, the Honda CR 750, which won Daytona in its first and only outing at the famous event, and instantly achieved legendary status.

*Many newsagents sell out very quickly. 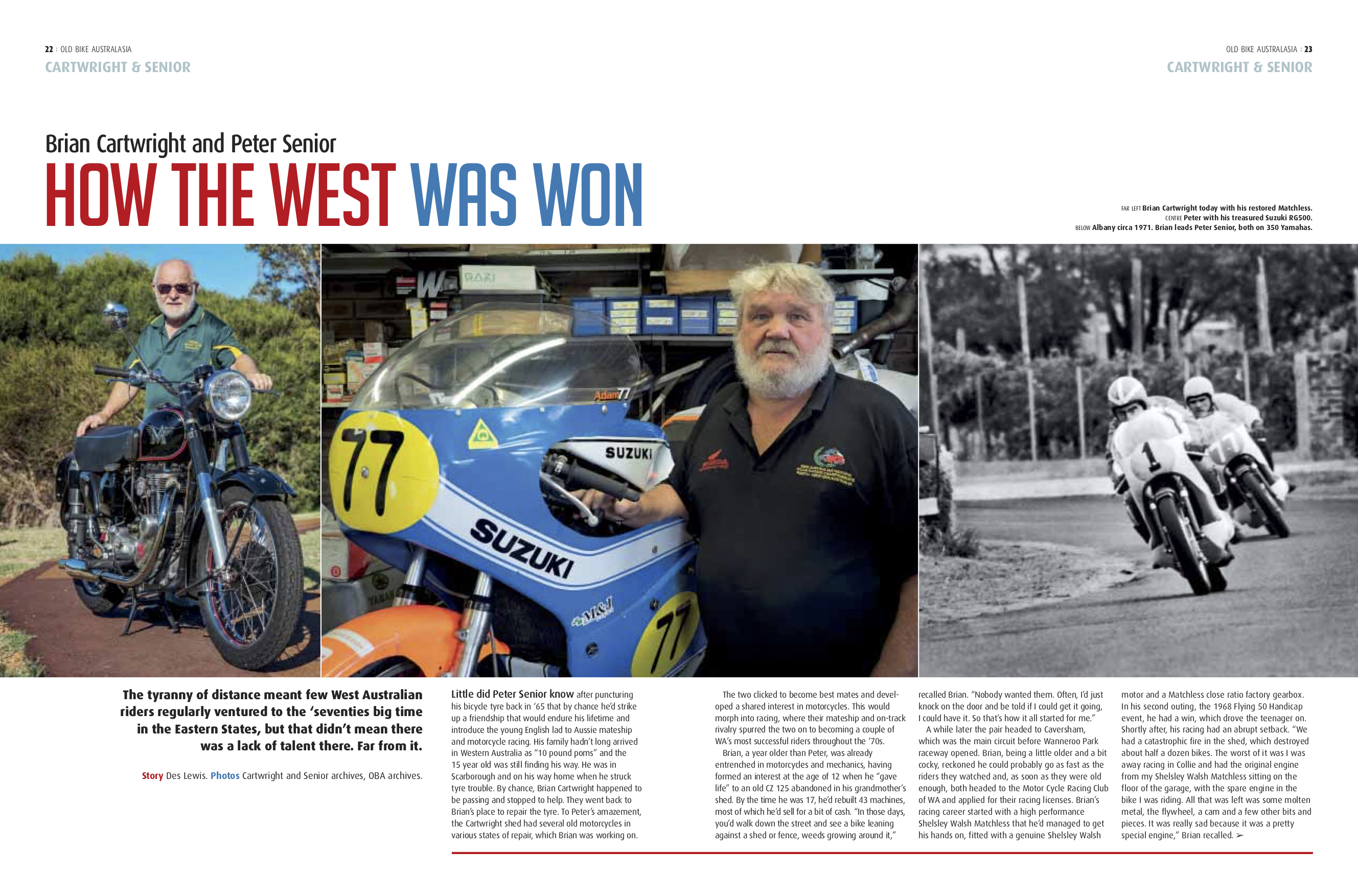 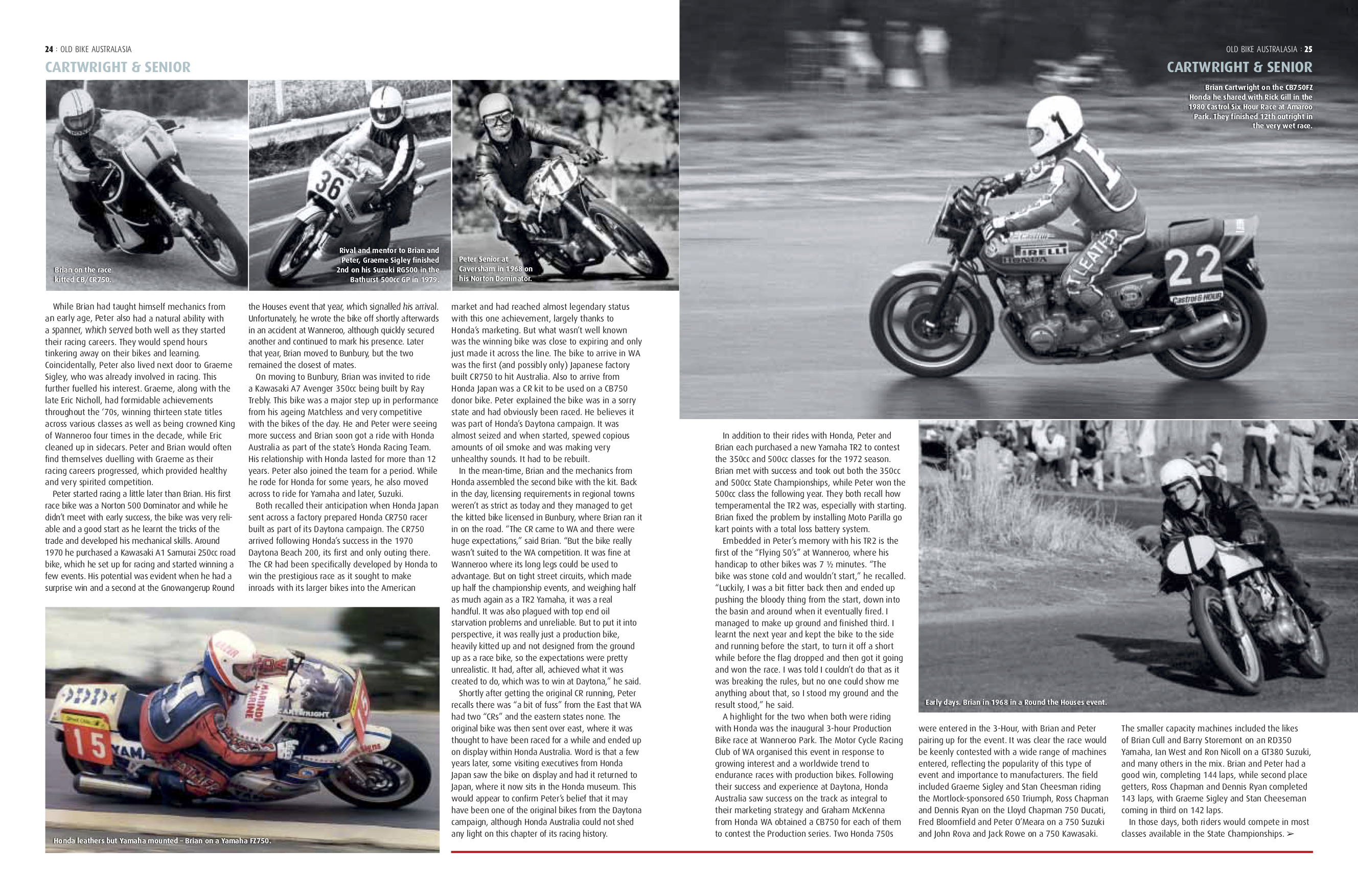 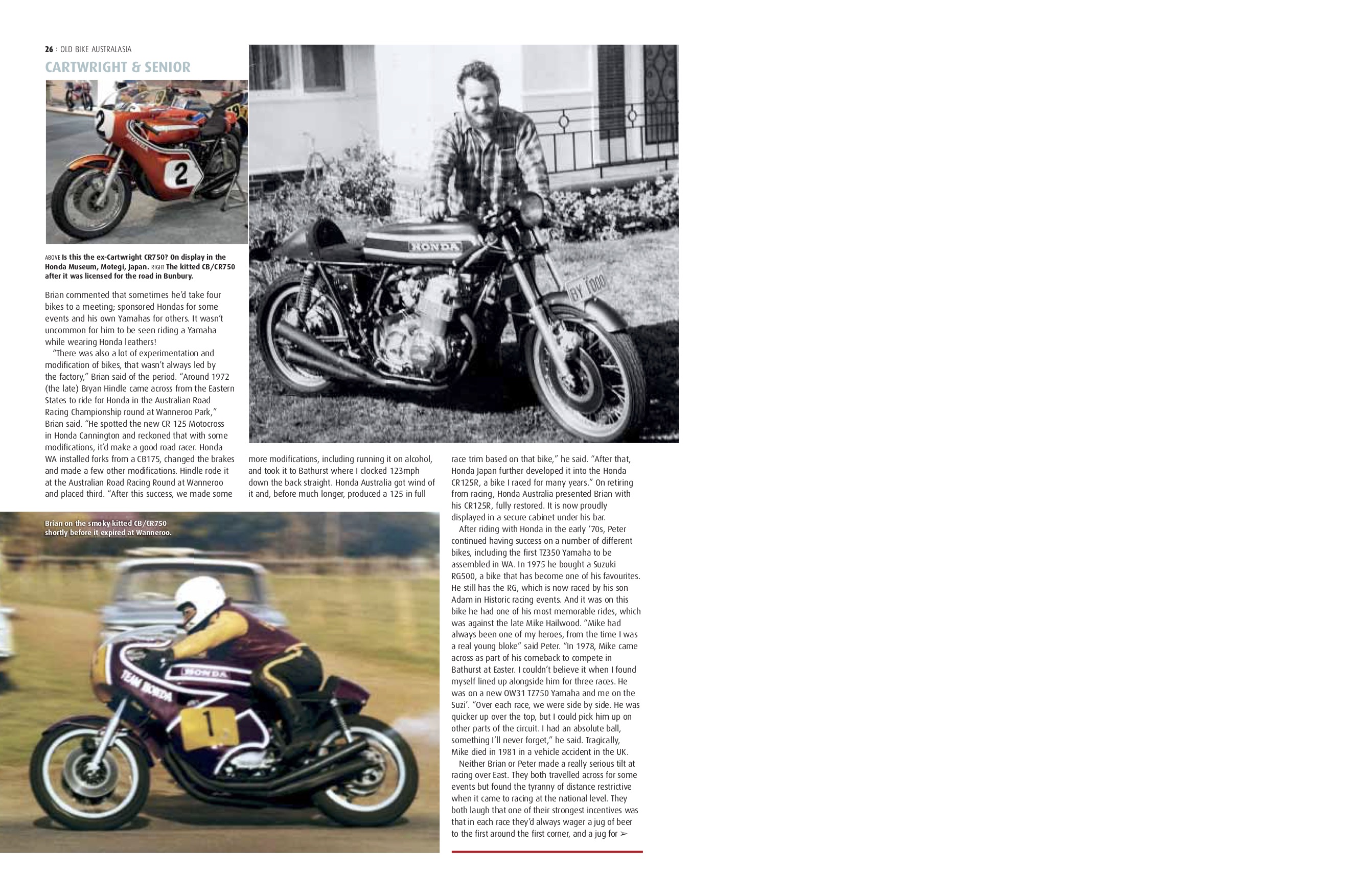 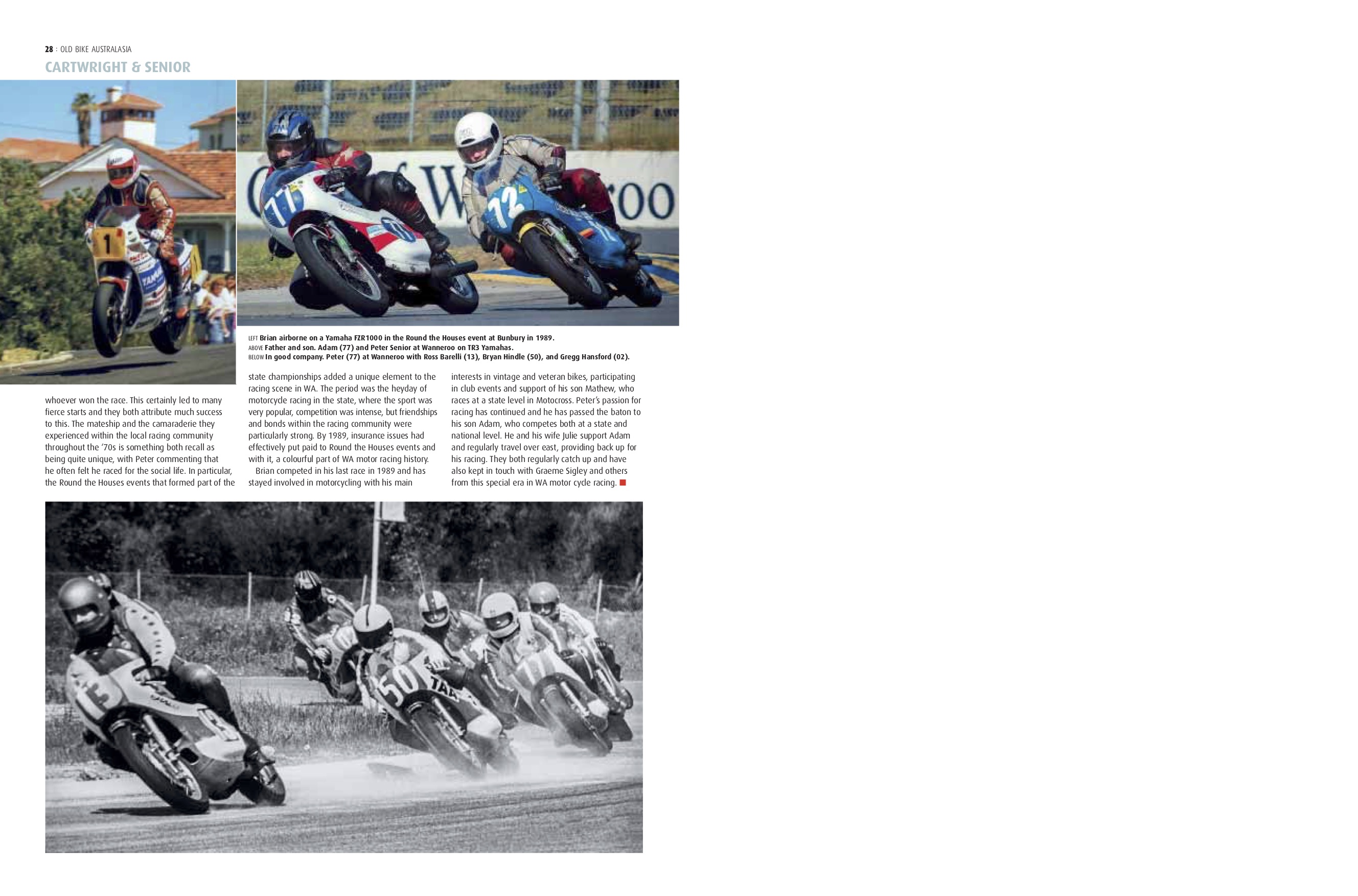