In the heady days of the 1980s, motorcycle racing in Australia had reached a peak.  Competition was fierce, with rivalry that saw several Australian riders make it at the highest level on the international stage in the sport.

Who can forget the likes of Wayne Gardner, Mick Doohan, Troy Bayliss and Casey Stoner, who all became household names in the sport?

And in their midst was Mike Dowson, a talented young rider from Bunbury in WA.

After developing his racing at a state level from a young age, Dowson started competing nationally in the early ‘80s and immediately met with success, becoming the rider to beat at Mount Panorama. His achievements include the record for the most wins in the coveted Castrol 6-hour and he could mix it with the best of them.

With such success, it was inevitable he would be drawn to the international circuit. But a couple of bad decisions and poor timing put paid to prospects of international stardom.

Dowson’s is a captivating story of a young guy from country WA, living his dream to race motorcycles. It paints a picture of what motorcycle racing was like in those days as as he rode the high-octane wave of success in the sport, only to see his dreams vanish as he reached the ultimate peak. 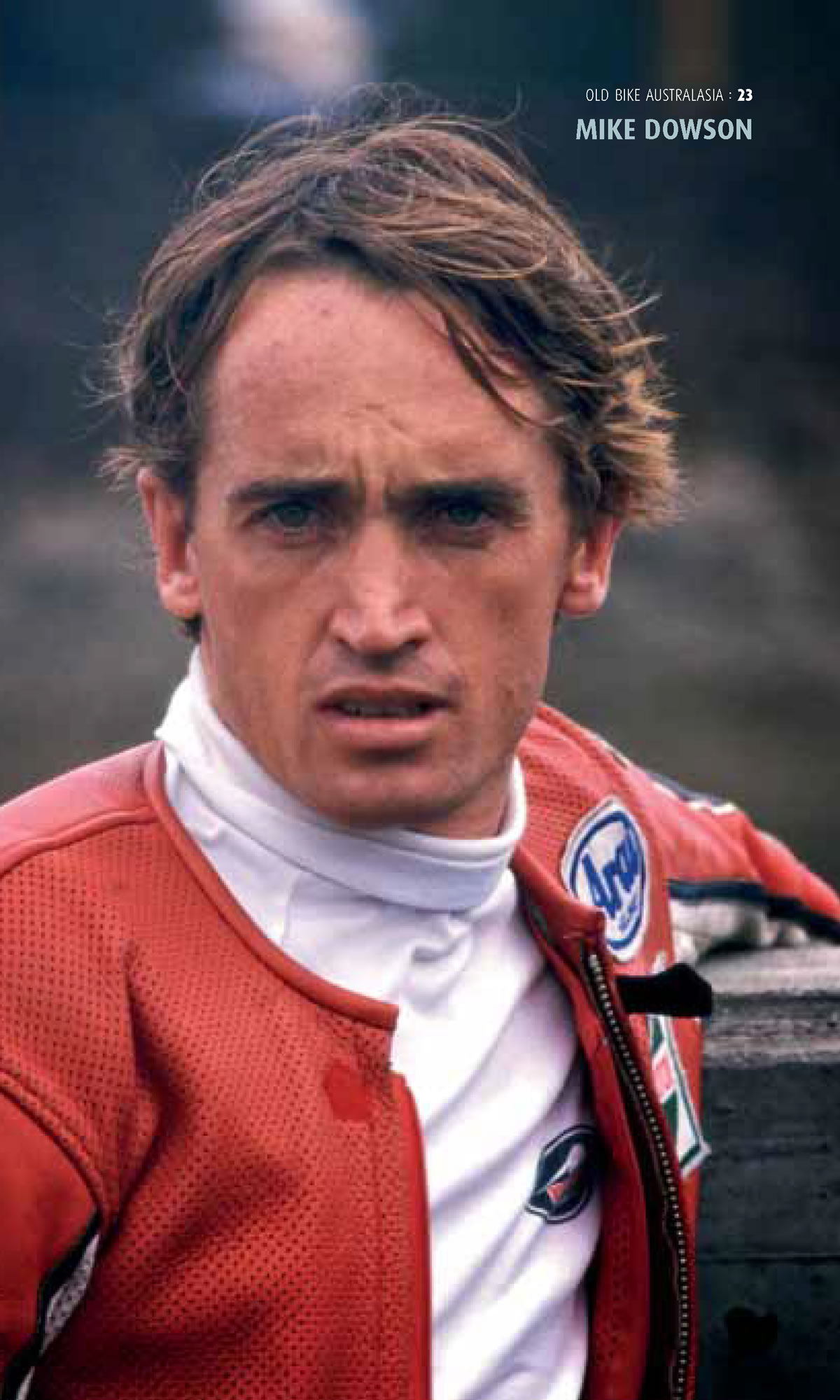 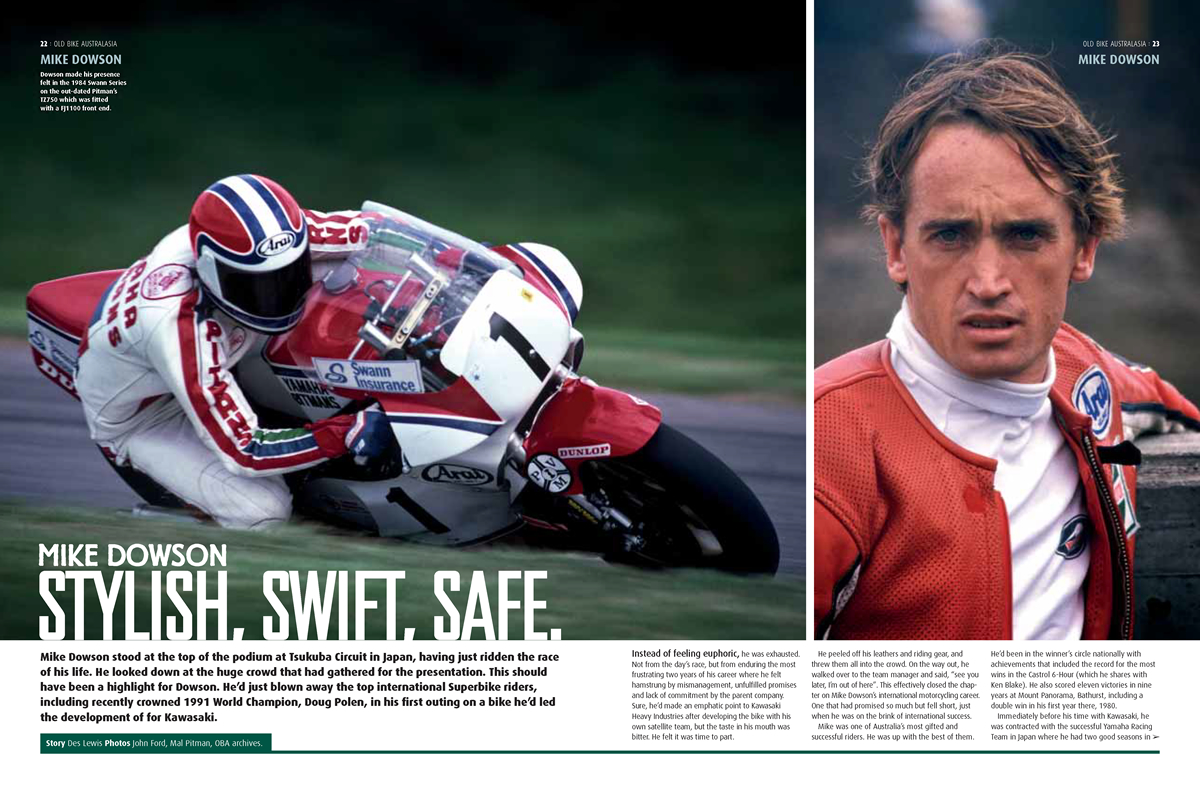 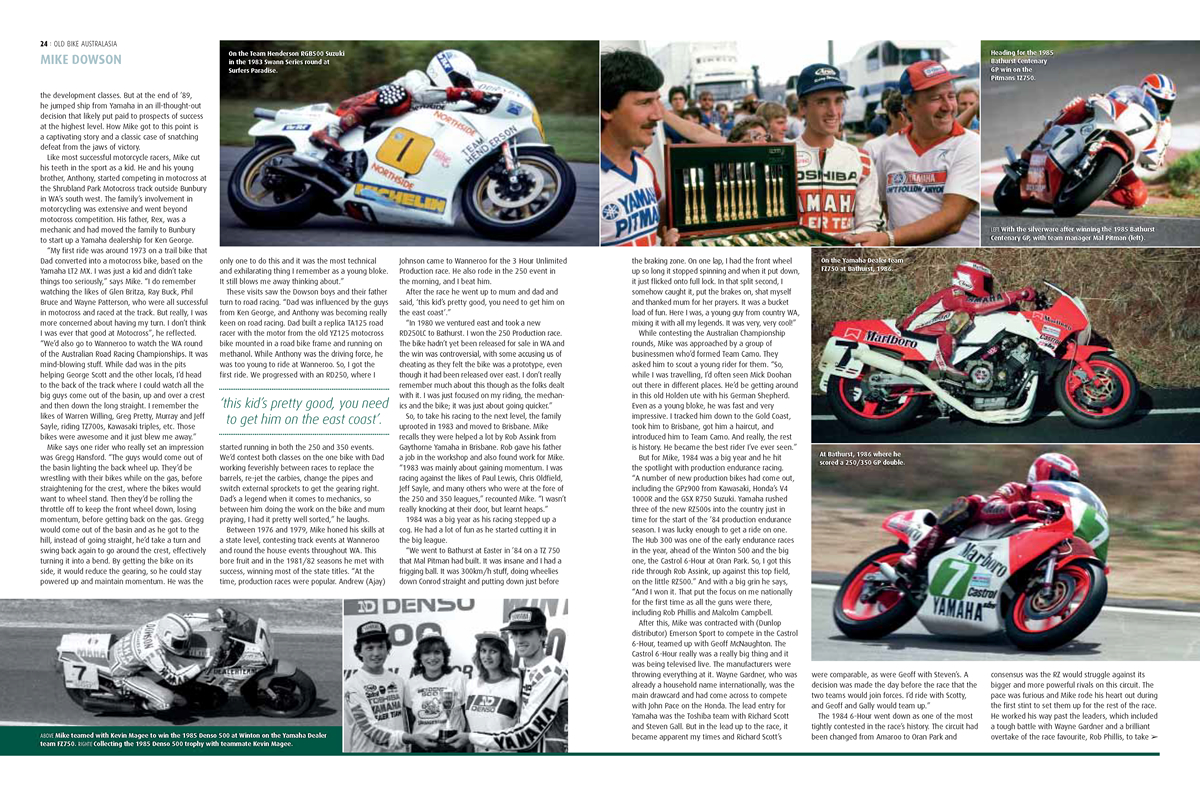 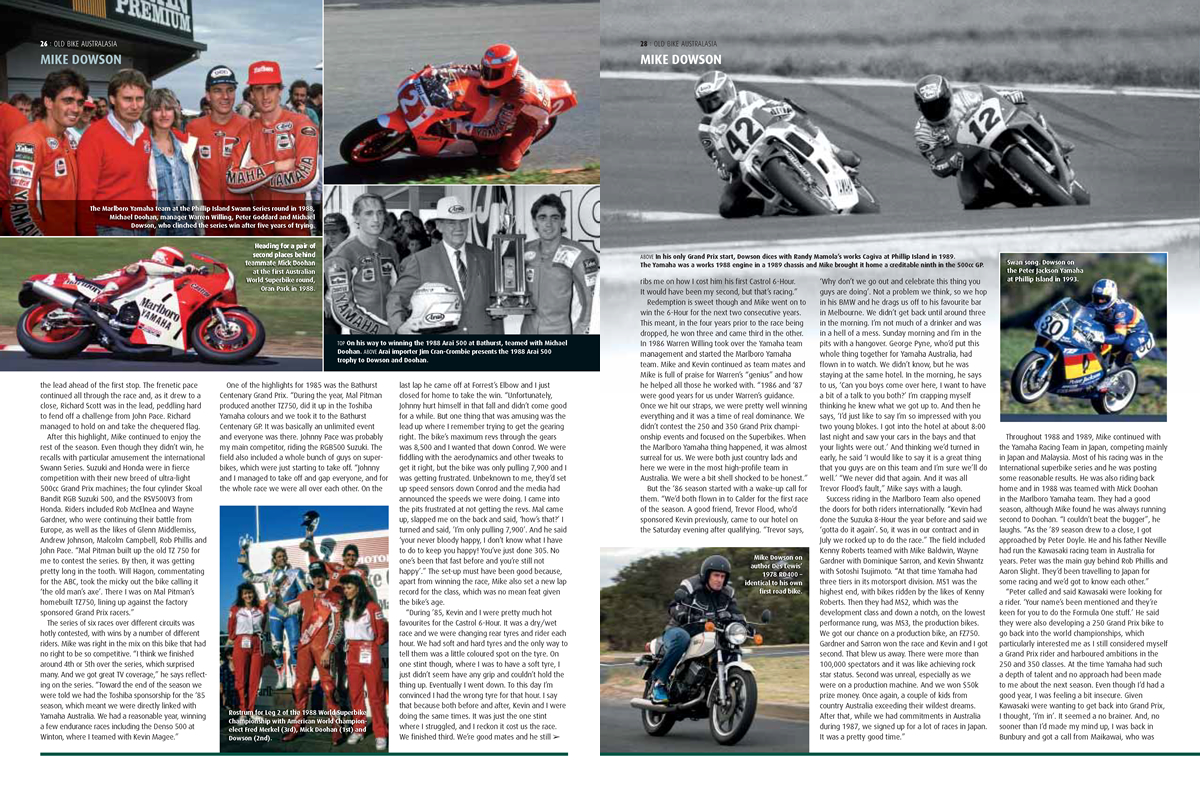 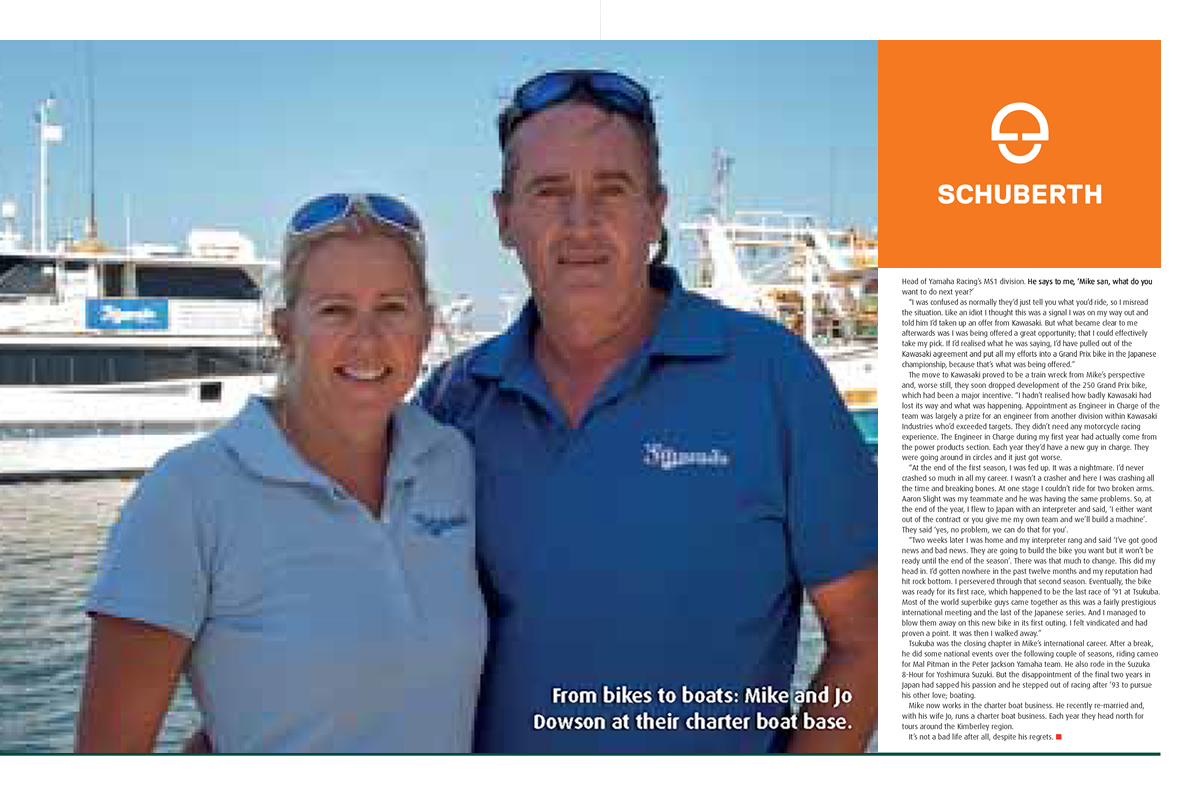